Pictures (great) by my old friend John (“the world’s third worst photographer”, so he calls himself), but whose photographic talents I definitely  do NOT possess)! web sites:   www.johnsphot…

Source: The Beauty of South Africa

“It might be hard for you to understand this being an outsider; but South Africa holds the souls of its sons and daughters in an almost inescapable gasp. History cast all of us in a strange and gripping drama, but I had deserted the stage. I had no idea what my role was, and felt I would never be whole until I found out!”

From my book A Traitor’s Heart

Available  in paperback at

And digitally (as an e-book) at

following on from my blog at

my e-book (oh no, not yet another one, c 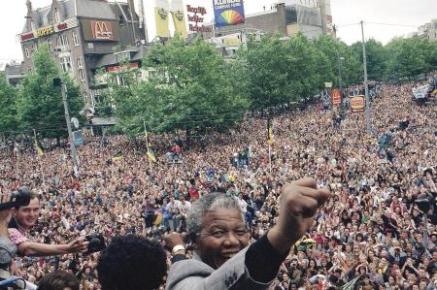 ‘Fears, Tears, Cheers and Hope’ should be published shortly (a bit later today)

The paperback version has also just been published

“How apartheid was finally buried, without requiem; but in
joyous celebration, will remain forever in the hearts and minds
of a nation reborn. When tears came, and there was dampness in
the eyes of even the most stern, it was for putting the past in
the past and hoping for hope in the future.”

The various books* that Craig “felt inspired to write” are available at http://www.amazon.com/-/e/B005GGMAW4

All proceeds go to needy and underprivileged children –

“When the writer is no more, the value of your purchase will soar!”

“Together, one mind, one life , one heart, one small step at a time, let’s plant the seeds of a better and brighter tomorrow.”

Picture (great) by my old friend John (“the world’s third worst photographer”, so he calls himself), but whose photographic talents I definitely  do NOT possess)!
web sites:
www.johnsphotopics.wordpress.com
www.capetownmypictures.wordpress.com 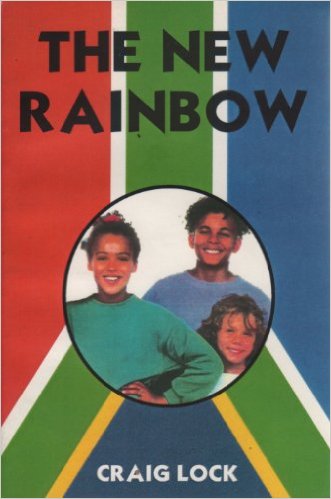 # perhaps a little too fast!

Which accent do you prefer?

feature picture from The New Rainbow

“You think you have a limit. And so you touch this limit, something happens and you suddenly can go a little bit further. With your mind power, your determination, your instinct, and the experience as well, you can fly very high.” 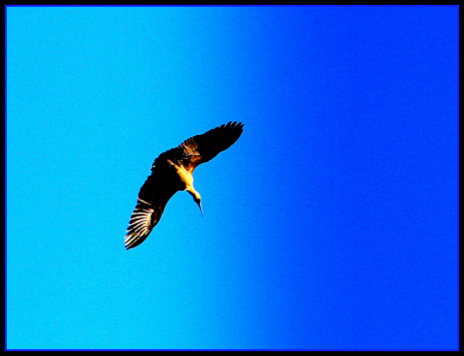 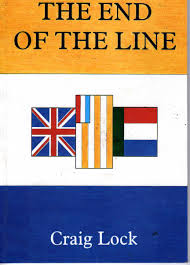 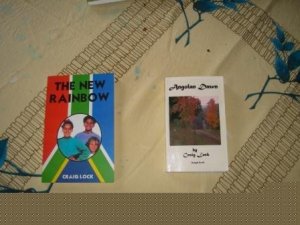 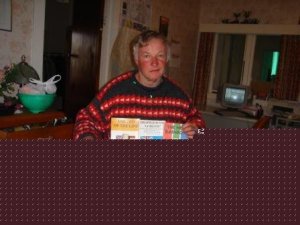 CRAIG’s BOOKS (Where it all began!)

Posted on February 1, 2011by craiglock 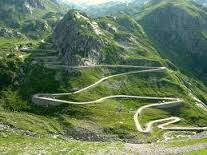 BOOKS AND MANUSCRIPTS BY CRAIG LOCK 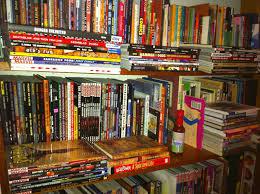 I’ve been writing about my passions since 1993.

1. HANDBOOK FOR SURVIVAL IN THE NINETIES
(now retitled and updated: ‘How to Survive The New Millennium’)

This is Craig’s first book: A collection of writings on various subjects to help every man or woman survive in a rapidly changing, uncertain world… after the “easy living and prosperity” of the seventies and eighties. An introductory look at the concepts of success, motivation, attitude, goal setting and stress

This is Craig Lock’s first novel. A short novel set in “the beloved country”. A passionate and heart-breaking tale of South Africa, a true story of the bad old days, but with the hope of the new. THE END OF THE LINE “The End Of The Line” could be described as a “faction”, a fiction with a serious factual grounding. It is simple, and therefore moving. It gives yet another highly individual portrait of that troubled land, and it does so through a believable and sustained narrative form.”

3. HERE, THERE AND EVERYWHERE

Craig Lock is an extensive world traveller and failed professional emigrater who has spent most of his life’s savings on airfares. He is still ‘sliding down the razor blade of life’, stuck on a deserted (other than a few brilliant rugby players) island at the bottom of the world near Antarctica, where he is ‘trying to throw a double six’ to get off and go out into the real world – but he doesn’t know where!

In the style of Bill Bryson, HERE, THERE AND EVERYWHERE tells tales of his hilarious hair-raising adventures in his younger years through ‘Grate’ Britain and the Continent

An introductory guide to make the most of your hard-earned money. This work covers the basics of good money management to helping guide the more serious (and sophistocated) investor.

5.. HOW TO MAKE A MILLION
(even if its only Italian lire!)

We’ll see whether the principles DO work, or whether he’s merely dreaming!

6. DROPPED OUT IN GODZONE

Craig Lock’s humorous travel book about his adventures in provincial New Zealand…
One man and his family – and their experiences “Down Under”.

A new immigrant’s impressions of life in provincial New Zealand (after coming from a large city in South Africa) … and there were one or two rather funny adventures, nay escapades in “Sleepy Hollow” from time to time.

The author and his wife contrast life in colourful, vibrant South Africa with calm and kindly New Zealand – and with large dashes of humour offer much understanding of, and sympathy with the social attitudes of the two worlds.

“DROPPED OUT IN GODZONE is an original and agreeable piece of work. The picture it gives of New Zealand- to one who has never been there- has a ring of complete authenticity. The feeling of the country is relaxed, and perhaps rather unstimulating, but we get an overall impression from the writer that he views his time there with some affection, and above all with tolerance.”

This book breathes a natural humour and kindliness, which is what gives it the individual character that is so appealing.

Autobiography has a particular value as a literary form. It is a shared kind of writing and I’ll continue to bang the drum. It is unusual to encounter two such different manuscripts from the same author. Both (THE END OF THE LINE is the other book) have quality and share an easy and assured writing style that is a pleasure to read. These short books are of first rate quality.”

All these books are available at

All proceeds go to needy and underprivileged children –

More great versions of Over the Rainbow by Josh Grogan

The various books* that Craig “felt inspired to write” (including his various “Rainbow books” on South Africa are available at http://www.amazon.com/-/e/B005GGMAW4

“It was the rainbow gave thee birth, And left thee all her lovely hues.”
from http://www.amazon.com/Touching-Rainbow-Rainbows-craig-lock-ebook/dp/B00ED1XEJG
and https://beyondtharainbow.wordpress.com/2014/01/
PPS

“No vision and you perish; No Ideal, and you’re lost; Your heart must ever cherish Some faith at any cost. Some hope, some dream to cling to, Some rainbow in the sky, Some melody to sing to, Some service that is high.”

The following are some excellent letters (in my view on a recent visit to the beautiful Mother City of South Africa) from The Cape Times of Wed April 1 2015. So thought I’d share.: A debate and divergence/diversity of opinion (that a “democracy” allows)

Were they here to witness it, Steve Biko and Nelson Mandela would be weeping bitter tears.

They stood for tolerance of all cultures, including previous opponents. Their land is awash with intolerance,

They stood for non-racism. Their own people are proving more racist than their previous oppressors,

They stood for intelligence, learning, academic endeavour and the upliftment of the African mind. The academic institutions of this land left as a legacy to all our peoples have been overrun by mobs of mindless crude barbarians bent not on upliftment but on destruction.

They stood for respect for other human beings, other cultures and the ancestors of this country. The children they have spawned spit on their values, and on their elders and ancestors.

They dreamt of a prosperous and successful land. Their successors have destroyed the economy of their country in their narrow greed for personal gain.

They dreamt of the upliftment of their disadvantaged and suffering people. Those of their own people whom they have fought to benefit have grabbed for themselves and ignored the plight of the poor and the disadvantaged who have been left behind.

Learn from the past

Those attending university to so presumably to improve their future prospects and, hopefully, the prospects of others who are not so privileged.

Unruly and threatening behaviour does not bode well for the future. The old axiom “United we stand, divided we fall” still holds true.

We cannot change the past, but we can learn from it.

South Africans have the power to heal our collective past.

As South Africans have shown that we have what it takes to come together and deliver in tough times. We have the collective power to dig deep and bring out the ositive attitudes we all possess.

The recent irritation with the protest around the removal of the statue of Cecil John Rhodes revealed that deep under the surface of our individual daily existences there remains so much discontent and disempowerment.

The anger and the call for action that erupted these past few weeks has ignited responses from all corners of or land that sadly are mostly bringing out the worst in us. The racist accusations and assumptions and negative responses have been so disappointing and completely pathetic.

The anger that has been projected to a few students is totally not in the spirit of South Africa. he comments like “go back to your studies” and “be appreciative of your bursaries”  are not useful at all in building our nation and healing our hearts. We are acting as if we are in denial and in so doing are burying the past suffering and the real feelings of collective subjugation and loss of privilege.

It would be far more beneficial and in line with the spirit of of nation-building to find it in our hearts and good natures to celebrate that we are not accepting mediocrity, and will answer to the call of of allowing transformation to be explored further rather than to be swept under the carpet.

We thank the students who have woken South Africa from our slumber and got us to begin to work out a solution. Well done to Dr Max Price and his team for recognising the need to answer the call.

We are babies at this work and the energy that we need to repair and heal our youth is huge. We need to stop wasting our energy on destruction and hate and rather ask: “What can we do to build bridges and repair the damage apartheid wrought on our nation?”

may also be of interest